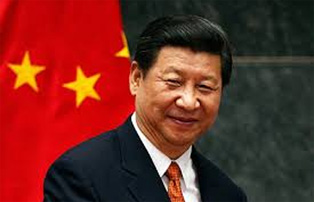 China will provide preferential loans for a perimeter highway project to be built around Libreville, capital of Gabon, under one agreement. The 11-kilometer road, to be completed by China Road and Bridge Corp, will be a key link between the new and old downtown areas of the city.

During the talks with Bongo, Xi said that China supports Gabon’s efforts to speed up the country’s industrialization and convert the its resource advantages into development results.

China encourages domestic companies to take an active part in infrastructure projects in Gabon, Xi said, adding that China hopes to support Gabon’s development in industries such as tourism, finance and telecommunications.

Xi told Bongo that he was impressed by the African leader surpassing his father’s record for visiting China. His father, Omar Bongo Ondimba, former Gabonese president, visited China 11 times from 1974 to 2009.

Bongo’s 12th visit to China began on Dec 6. Apart from Beijing, he will also visit Shantou in Guangdong province.

Xi said he was glad to see that Bongo chose China as the first country outside Africa for a state visit after he was re-elected as Gabonese president in August, which Xi said shows Bongo’s firm resolve to develop ties with China.

In December last year, Xi and Bongo met ahead of the Forum on China-Africa Cooperation in Johannesburg, South Africa.

Noting that Gabon’s economy is facing difficulties caused by dropping oil prices, Bongo said that the country remains an attractive place for investors and has huge economic potential.

Marc Mcilhone is ChineseBrains' Editor - sourcing news and features content and overseeing the work of the site’s contributors. Marc’s work is informed by his technical background in architecture having worked for some of the UK’s leading practices on projects within the education, healthcare and housing sectors. Marc has a particular interest in how innovators are creating sustainable solutions that have a positive impact on people’s everyday lives. Please email press releases and news to: editor@chinesebrains.com
Previous Nigeria upholds one-China policy: prominent figures
Next Chinese firm introduces digital TV to Nigerian leader’s hometown