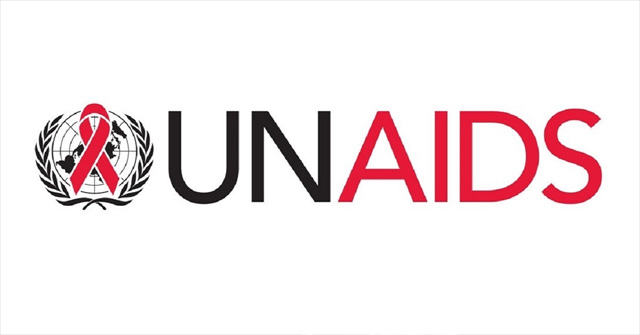 Chinese version of award-winning book is launched at the Opening Ceremony.

The China-Africa Children Summer Camp opened today under the theme of “Love in the Sunshine”, bringing together 60 young people living with or affected by HIV from China, Ghana, South Africa and Zimbabwe.

Held on the grounds of the Forbidden City, in attendance at the event were the First Lady of China, Peng Liyuan and the First Lady of South Africa, Tobeka Madiba Zuma as well as the Executive Director of UNAIDS, Michel Sidibé and the Director-General of the World Health Organization, Margaret Chan.

As dragonflies, a symbol of change and self-reliance, flew into the open square, the First Lady of China welcomed the participants saying it was a dream to bring together children affected by HIV she has long championed in China with young people from Africa.

“I am very happy that we can be here together,” said Mrs Peng.

This is the first time that young people from outside China have participated in the summer camp happening on the side lines of the Forum on China-Africa Cooperation.

“We want all children to grow to their full potential and realize their dreams, said Mrs Zuma. “This summer camp offers our children a rare opportunity to visit this beautiful country and to share experiences to inspire and strengthen one another.”

Mr Sidibé brought 16-year-old Julia from Ghana with him up to the stage.

“This is an opportunity to say thank you to all of you for your bravery and let you know that we love you and believe in you,” said Mr Sidibé.

At the ceremony and in partnership with the Chinese media organization, Xinhua News Agency, UNAIDS released a Chinese language version of an award-winning book on HIV for children. The Chinese version of The Bravest Boy I Know was given to participants attending the China-Africa Children Summer Camp in Beijing. The book will become an important teaching aid in schools across China to help children understand the issues surrounding HIV and reduce stigma and discrimination faced by children affected by the virus.

The book is the touching story of two friends, Xiao Ming and Xiao Li and their adventures together. Xiao Ming is living with HIV. The story is illustrated by the renowned artist Sujean Rim. It is the heart-warming tale of facing HIV in a positive way. The original version of the book takes place in Africa and has been distributed widely through the Thank You Small Library system in Africa.

“This book is a valuable tool to help parents, teachers and carers explain the complex and emotional issues surrounding HIV to children in their care,” added Mr Sidibé. “Every child deserves to feel protected and loved and to experience a childhood free of stigma and discrimination and every child living with HIV must have access to treatment.”

In 2015, of the 1.8 million children under 15 years of age estimated to be living with HIV worldwide, only half had access to antiretroviral medicines to keep them alive and well. There were 150 000 new HIV infections among children aged 15 and under in 2015.

The Bravest Boy I Know is also available in English, French and Portuguese and is released together with a factsheet on children and HIV and a discussion guide for teachers and carers. In September 2015, the book won first prize in the Popular Medicine category of the British Medical Association.

The Joint United Nations Programme on HIV/AIDS (UNAIDS) leads and inspires the world to achieve its shared vision of zero new HIV infections, zero discrimination and zero AIDS-related deaths. UNAIDS unites the efforts of 11 UN organizations—UNHCR, UNICEF, WFP, UNDP, UNFPA, UNODC, UN Women, ILO, UNESCO, WHO and the World Bank—and works closely with global and national partners towards ending the AIDS epidemic by 2030 as part of the Sustainable Development Goals. Learn more at unaids.org and connect with us on Facebook, Twitter, Instagram and YouTube.

Marc Mcilhone is ChineseBrains' Editor - sourcing news and features content and overseeing the work of the site’s contributors. Marc’s work is informed by his technical background in architecture having worked for some of the UK’s leading practices on projects within the education, healthcare and housing sectors. Marc has a particular interest in how innovators are creating sustainable solutions that have a positive impact on people’s everyday lives. Please email press releases and news to: editor@chinesebrains.com
Previous Benin opens 8th edition of Chinese products’ trade fair for West Africa
Next Maximizing China-Africa e-commerce ties