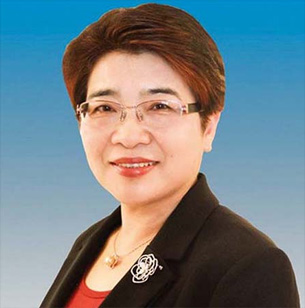 Special Representative of the Chinese Government on African Affairs Ambassador Xu Jinghu, on behalf of China, attended the African Union (AU) Extraordinary Summit on Maritime Security and Safety and Development in Africa held in Lomé, capital of Togo at invitation. During the summit, Xu Jinghu respectively met with President Faure Essozimna Gnassingbé and Foreign Minister Robert Dussey of Togo.

The two countries enjoy a solid foundation of political mutual trust, mutually beneficial and win-win cooperation in economy and trade.

Special Representative Xu Jinghu conveyed President Xi Jinping’s sincere greetings and best wishes to President Faure Essozimna Gnassignbé, congratulated on the complete success of the summit on behalf of the Chinese side and expressed appreciation to Togo’s excellent organization as the host country. Special Representative Xu Jinghu expressed that Togo is an old and good friend of China in Africa.

The two countries enjoy a solid foundation of political mutual trust, mutually beneficial and win-win cooperation in economy and trade, as well as sincere and friendly people-to-people and cultural exchanges, making China-Togo relationship a model of state relations. China attaches great importance to the development of China-Togo relations and is willing to make joint efforts with Togo to turn the advantage of bilateral traditional friendship into the driving force for cooperation and development, so as to constantly lift bilateral friendly cooperation to new levels.

Faure Essozimna Gnassingbé thanked the Chinese side for sending Special Representative Xu Jinghu to attend the summit and offering strong support to Togo for hosting this summit. He noted that the Lome Charter adopted at this summit has charted the course for African countries to jointly address maritime security issues and develop marine economy. Over a long period of time, China has offered sincere and tangible help with no strings attached to African countries, including Togo, which the African side appreciates. The Togolese side is willing to, together with China, push the implementation of outcomes from the Johannesburg Summit of the Forum on China-Africa Cooperation for positive progress at an early date, and inject strong impetus into Togo’s economic growth.

Foreign Minister Robert Dussey expressed that Togo’s achievements in national construction and social and economic development are closely related to the long-term and brotherly support and assistance from China. As a sincere, friendly and trustworthy friend of China, Togo stands ready to work with China to strengthen bilateral cooperation in various fields and actively push for new achievements in bilateral relations.

Marc Mcilhone is ChineseBrains' Editor - sourcing news and features content and overseeing the work of the site’s contributors. Marc’s work is informed by his technical background in architecture having worked for some of the UK’s leading practices on projects within the education, healthcare and housing sectors. Marc has a particular interest in how innovators are creating sustainable solutions that have a positive impact on people’s everyday lives. Please email press releases and news to: editor@chinesebrains.com
Previous SA’s ambassador to China to brief the media
Next Rare solar event in Egypt’s Abu Sibmel temple attracts more Chinese tourists