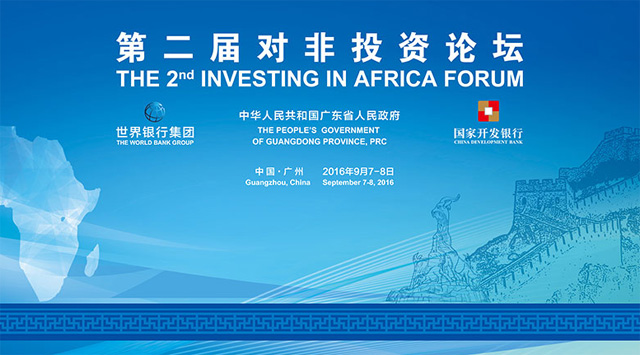 The Investing in Africa Forum will see around 300 government officials, entrepreneur’s and international organization reps all coming together discussing innovative business deals. For China and Africa this is a key place to reiterate and strengthen bilateral relations between the two.

China is currently the largest single bilateral investor in Africa as well as the continent’s largest trading partner. China’s commitment to Africa has been a long-term one which began in 2000 when China’s investment amount in Africa amounted to less than US$1 billion. By the end of 2015, it had exceeded US$100 billion.

At the forum, dozens of enterprises from Guangdong province have signed investment contracts with companies and governments of African countries. The tally of the deals made so far comes to more than US$2.5 billion.

The summit also heard from Wang, Yi president, Winhope International Group, “This time, we plan to invest in an automobile manufacturing plant in the Republic of Congo, worth than US$200 million, and the Congo government also shows their support with government orders of US$500 million. This project is our second investment in Africa, following an investment in another automobile plant in Angola in 2012.”

As China and Africa grow stronger than ever their future looks fruitful as dozens of officials and representatives from African countries around the continent have announced that they will be creating more opportunities to welcome Chinese investors.

Maisey White is a special intern reporting on the impact of Chinese technology investment in Africa. Maisey's particular interest is how Chinese investment can advance the development of education in Africa and how new innovations can contribute to Africa's ICT for development.
Previous China and Malawi Enhance Collaboration through cultural exchange
Next Nigeria and Huawei sign deal to promote ICT development