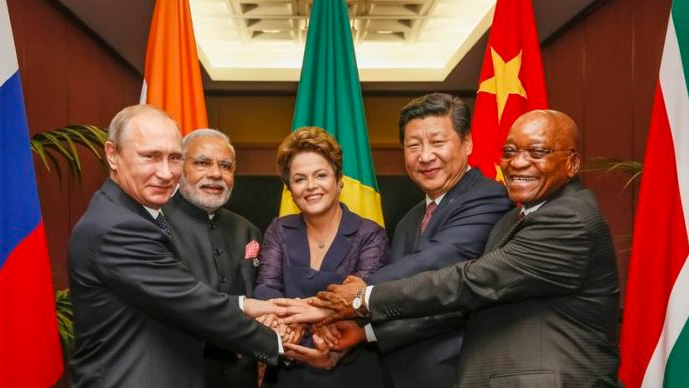 The BRICS – Brazil, Russia, India, China and South Africa – officially grouped together in 2009 to press for a bigger say in the global financial matters, and the NDB, headquartered in Shanghai, started work last year.

The green bonds will be issued on July 18 with a 5-year tenor and will be the first such issuance by a bank of its type under guidelines issued by China’s central bank in December, according to a news release sent to Reuters.

Bond proceeds will be used to finance green projects in BRICS countries, the press release said.

The bank will also issue bonds in other member currencies in order to mitigate the foreign currency risk of funded infrastructure projects and help develop local currency fund- raising markets, a vice director of the bank said in June, speaking at the Lujiazui Forum in Shanghai.

Marc Mcilhone is ChineseBrains' Editor - sourcing news and features content and overseeing the work of the site’s contributors. Marc’s work is informed by his technical background in architecture having worked for some of the UK’s leading practices on projects within the education, healthcare and housing sectors. Marc has a particular interest in how innovators are creating sustainable solutions that have a positive impact on people’s everyday lives. Please email press releases and news to: editor@chinesebrains.com
Previous CHINESE COMPANY INSPUR CONFIRMS DIAMOND PARTNERSHIP FOR INNOVATION AFRICA 2016
Next Chinese built – WeChat set to target wallet technology in South Africa