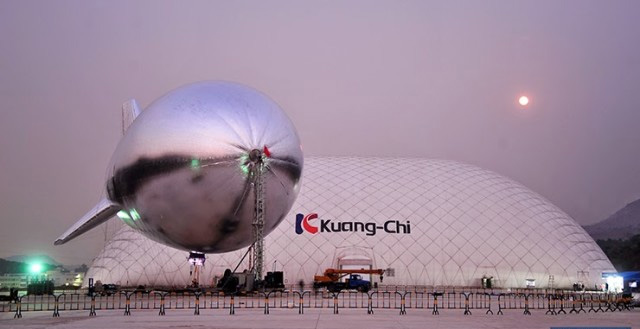 Kuang-Chi, a Shenzhen-based technology conglomerate, is launching an international innovation fund based in Israel to invest in companies worldwide. The “Kuang-Chi GCI Fund & Incubator” will be the first Chinese fund of its kind, combining investment in early to mid-stage Israeli and global companies with incubation by Kuang-Chi. The newly established fund has an initial mandate of $50 million which is planned to grow to $300 million within the next three years.

GCI refers to the Global Community of Innovation initiated by Kuang-Chi. It brings together innovators from all over the world and turns science fiction and human dreams into reality by delivering “the future” to the world. Kuang-Chi will make its full corporate resources, from sales and marketing to technology collaboration and joint development, available to the companies in which it invests.

Founded in 2010 by five distinguished Chinese scientists who returned to China after earning advanced degrees at Duke, Oxford, and Cambridge universities, now Kuang-Chi is a global innovation group with operations from China to North America, Europe, Africa and Oceania. Kuang-chi has applied for more than 3,000 patents worldwide in the areas of metamaterials, photonics, satellite technology, aviation, and robotics in the past five years alone.

Kuang-Chi will also announce investments in local Israeli technology companies that are joining GCI, led by a sizable investment in a leading Israeli technology company. Dr. Ruopeng Liu, the group’s chairman, stated, “Israel has unparalleled capabilities to offer the world. You share with Kuang-Chi a special mindset and vision. We intend to invest in the best local companies in the fields of biometrics, communications, robotics, and AR, and to take them to the next level commercially and technologically.”

Kuang-Chi’s longtime partner in Israel, Indigo Global, will represent and manage the GCI Fund & Incubator’s activity. Dorian Barak, managing partner of Indigo Global, stated, “Kuang-Chi is one of the most important technology companies in the world today, combining the best of the Shenzhen tech ecosystem with China’s scale and development vision. Dr. Liu and his team have developed a unique and successful model to partner with leading innovators in a range of fields, which affords enormous resources to the companies in which they invest.

Kuang-Chi isn’t merely a financial investor for their enormous technological resources, distribution networks, and design and product development capabilities to benefit the companies selected for the China-based accelerator. We at Indigo are very excited to manage the platform in Israel with a view to expanding the model globally.”

A senior Kuang-Chi delegation led by Dr. Liu, including representatives of Chinese media outlets and company executives, will visit Israel in early May to formally announce the fund and to meet with high-level government officials and industry leaders. The talks will end with a launch event at the offices of leading Israeli law firm ERM Law. ERM senior partner Amnon Epstein commented, “It is a great pleasure to welcome such an important Chinese technology company and we look forward to continued collaboration with Kuang-Chi in Israel”.

Marc Mcilhone is ChineseBrains' Editor - sourcing news and features content and overseeing the work of the site’s contributors. Marc’s work is informed by his technical background in architecture having worked for some of the UK’s leading practices on projects within the education, healthcare and housing sectors. Marc has a particular interest in how innovators are creating sustainable solutions that have a positive impact on people’s everyday lives. Please email press releases and news to: editor@chinesebrains.com
Previous ACC and China Kangfu Sign RMB 500 Million Strategic Cooperation Agreement
Next 21Vianet: The Most Trusted Partner to Land Your Cloud Services in China