Infosys (NYSE: INFY), a global leader in consulting, technology, outsourcing and next-generation services, today announced research findings that provide insight into a generation that is positive about technology, divided economically about their career chances, and unsatisfied with their current formal education.

Overall, while youths across all surveyed countries understood the role that technology will play in their careers and the need to advance their own skills, there is a clear disparity in technical confidence and job opportunities among developed and emerging economies.

Recognition of the importance of technology: Respondents acknowledged the role of technology skills in securing good career opportunities, with clear majorities in both emerging (74% in India and 71% in China) and developed countries (60% in France and 59% in the UK) stating that computer sciences subjects were key education tools.

Concerns over technology skills and confidence: In emerging economies such as China and Brazil, 68% of respondents are concerned that a lack of technology skills will make it increasingly hard for young people to advance their career prospects. This, in part, could provide motivation for those young people to seek out the technical skills they need – currently some 78% in Brazil and India are confident that they have the necessary skills for a successful future career. In contrast, the sentiment is lower in developed countries, including 53% in France and 51% in Australia.

Technology skills and knowledge surging in emerging markets: The data further shows a large technical knowledge gap between emerging and developed economies. For example, there is a 30% gap between Indian young men (81%) and their counterparts in the US (51%). Among female respondents, the gap is 28% between India (70%) and the US (42%), and 37% with the UK (33%).

Job opportunity pressure: In developed economies, the youngest workforce feels acute pressure to find a well paid job. According to the research, 76% of young workers in France believe their job prospects are worse than those of their parents’ generation. This is in stark contrast to the emerging economies surveyed, where a minority of youths, for example 49% in India, believe their job opportunities are worse than those of the previous generations

Capabilities of existing education systems: In the US, 45% of those polled considered their academic education to be very or quite old-fashioned, and that it failed to support career goals, compared to 37% in China. In the UK and Australia, 77% had to learn new skills themselves in order to do their jobs, as their school or university education had not prepared them for the workplace, compared to 66% in India

The workforce of tomorrow also understands that as technology increasingly takes away routine tasks, they will need to pursue lifelong learning to develop new skills and focus on “soft” skills that computers will not be as adept at handling.

Learning is a lifelong journey: Between 78% (Brazil) and 65% (China) of 16-25 year olds are willing to completely retrain if required. Around 80% of young people across all markets concur that continuous development of skills is essential to be successful in work.

The need for development of right-brain skills (or ‘soft skills’): Apparent across all regions is the role that communications, relationship-building and problem-solving abilities play in modern, technology-driven workplaces. While academic achievement was prioritized by between 50% (South Africa) and 36% (Germany), communications and on-the-job learning and problem-solving polled far higher. Communication skills polled between 86% (Australia) and 79% (Brazil), while on-the-job learning polled between 85% (Brazil) and 76% (Germany)

Finally, the study showed that job security was important for today’s youth, with the majority of them uninspired to work in volatile start-up ventures. Many, especially in developed economies, are reluctant to set up their own enterprises. Instead, they prefer employment with established large and mid-size companies. And the gender gap in science, technology, engineering, and mathematics (STEM) careers remains prevalent, but it is much starker in developed countries than developing countries.

Unresolved gender gap in technology skills: Young men, across all countries surveyed, are more likely to have existing IT knowledge and the desire to advance these skills. In emerging markets such as India (81% male to 70% female) and China (68% male to 59% female) as well as developed economies such as the US (51% male to 42% female), the gap is far less pronounced with higher levels of perceived competency in the emerging economies. However, in other developed economies such as France (49% male to 24% female), Germany (49% male to 26% female) and the UK (62% male to 33% female), the gender gap in technology skills is significantly wider

Overall, young people are aware that the Fourth Industrial Revolution will usher several disruptive forces in the job market: from the next-generation Internet of Things and Big Data, to work environments that will be drastically changed by automation, artificial intelligence and similar technologies. Today’s youth understands that it must be agile, open to learning and capable of operating in a global environment to build a long-term career path.

Dr. Vishal Sikka, CEO and Managing Director, Infosys, said, “Young people around the world can see that new technologies, such as artificial intelligence and machine learning, will enable them to reimagine the possibilities of human creativity, innovation and productivity. To empower these young people to thrive in this great digital transformation, our education systems must bring more focus to lifelong learning, experimentation and exploration – in addition to bringing computer science and technology more fundamentally into the curriculum. Every one of us can reimagine our circumstances, innovate and create, but our education systems must instill new ways of thinking, which include finding the most important problems to solve, collaborating across diverse groups and learning from quick failures – so that each one of us can find our own meaningful, purposeful work.”

For more information and a full copy of the report, please visit:

Marc Mcilhone is ChineseBrains' Editor - sourcing news and features content and overseeing the work of the site’s contributors. Marc’s work is informed by his technical background in architecture having worked for some of the UK’s leading practices on projects within the education, healthcare and housing sectors. Marc has a particular interest in how innovators are creating sustainable solutions that have a positive impact on people’s everyday lives. Please email press releases and news to: editor@chinesebrains.com
Previous DianhuaChina.com Launches the International Calling Plan with Unlimited Minutes to Landlines and Mobiles in China for Chinese Expats Worldwide for $4.88 a Month
Next WuXi Healthcare Ventures Joins Financing Rounds for Twist Bioscience and Syros Pharmaceuticals 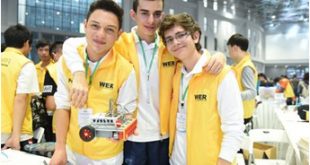 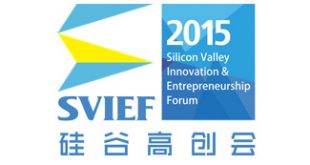 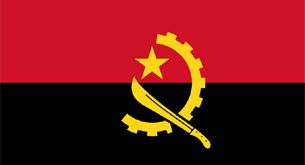 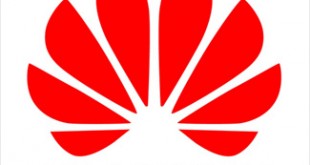