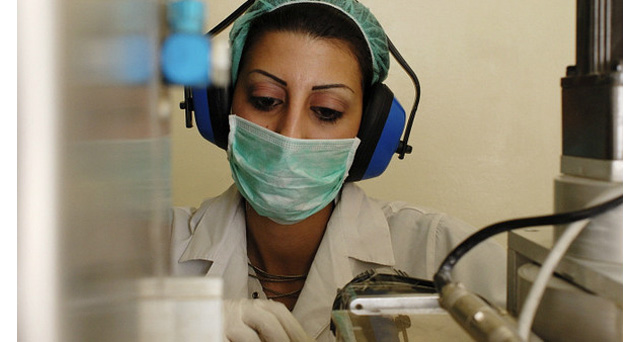 Universities around the world are providing refuge for dozens of Syrian academics who have fled the brutal civil war. The Scholar Rescue Fund (SRF), part of the US-based Institute of International Education, has found placements at host universities for 80 Syrian scholars since the conflict began in 2011. In the United Kingdom, a charity called the Council for At-Risk Academics (Cara) has found placements for around 90 Syrians.

It is difficult to know how many academics have fled Syria, as many will have been forced to take up other work. But, given that universities and academics have not only been caught in the crossfire as civilians, but also at times targeted due to their status, the number of academics escaping the country is likely to be high.

“We’re not only working to save lives, although that is the most important thing, we’re also saving minds and careers.”
James King, SRF

“We’re not only working to save lives, although that is the most important thing, we’re also saving minds and careers,” says James King, senior research and communications manager at SRF. He tells me that simply helping academics get to safe countries isn’t enough; they also need opportunities to continue their highly skilled work.

“To ignore that intellectual capital is to the peril of Syria and the Middle East as a whole,” he adds. “That expertise will be essential to rebuilding Syria one day.”

STEM (science, technology, engineering and mathematics) subjects will play a vital role in any future rebuilding. The country will need medical and engineering expertise to restore decimated health systems and infrastructure. In the longer term, it will also need innovative scientists to shore up and spur development.

Around two-thirds of SRF’s Syrian scholars thus far work in the STEM fields, King says. Khaled Hasan, a professor of pharmacology from Damascus University, this year began a fellowship at the University of Maryland Eastern Shore in the United States, where he is researching how blood vessel growth can affect cancer and other diseases. Another of SRF’s Syrian scholars is investigating the neurological causes of schizophrenia at a US host university.

“In both those cases, it was very much a win-win situation for both the scholar and the university,” King says. “These are very specialised [topics] that are relevant globally, not just simply in the Syrian context. These scholars also bring intellectual capital to the countries they’re going to.”

Until they’re able to return to Syria, academics are also well-placed to play a pivotal role in the fast-growing diaspora. “Professors are always leaders in society and, in the years to come, there’s going to be a tremendous need for Syrians who are able to lead their communities in exile,” King says.

But there are logistical challenges too. A recent surge in demand far outstrips the number of available places: SRF has received around 200 applications in the first nine months of the year, while Cara is trying to find placements for 100 scholars, about three-quarters of whom are Syrian, and is receiving more requests every week.

And funds are tight. SRF awards academics facing persecution or violence with a one-year visiting fellowship at a partner university, which can then be extended. Scholars receive a US$25,000 grant, which must be matched by any Western university involved in the scheme — the countries hosting the most academics are the US, Jordan, and the UK — and universities are asked to waive any “bench fees” that post-doctoral researchers are sometimes charged to cover lab costs and other expenses.

As demand increases, we sorely need more ways to help academics in danger. Cara is looking into a Middle East-based project to support academics still in Syria or displaced in neighbouring states, having run a similar scheme for Iraqi academics using a base in Jordan. King would like SRF to build a roster of universities willing to employ academics if the conflict or persecution in their home country still persists when their fellowship ends.

Shyamantha Asokan is a journalist and photographer based in London, United Kingdom, where she covers migration and diasporas. She has previously worked as a correspondent in India, Nigeria and the United States. You can contact her on @shyamantha – See more at: http://www.scidev.net/global/migration/analysis-blog/view-on-migration-universities-welcome-syrian-scholars.html#sthash.VePk4sR5.dpuf

SciDev.Net is a not-for-profit organisation dedicated to providing reliable and authoritative information about science and technology for the developing world. Through our website www.scidev.net we give policymakers, researchers, the media and civil society information and a platform to explore how science and technology can reduce poverty, improve health and raise standards of living around the world. We also build developing countries’ capacity for communicating science and technology through our regional networks of committed individuals and organisations, practical guidance and specialist workshops. SciDev.Net’s vision is to achieve better-informed decisions by individuals and organisations in the developing world on science and technology related issues, and thus the better integration of scientific knowledge and technological innovation into policies, programmes and projects intended to achieve sustainable development at all levels of society.
Previous Biotechnology Companies in China
Next VisionChina Media Partners with Chinese Academy of Sciences for Mass Transportation Big Data Analysis and Management