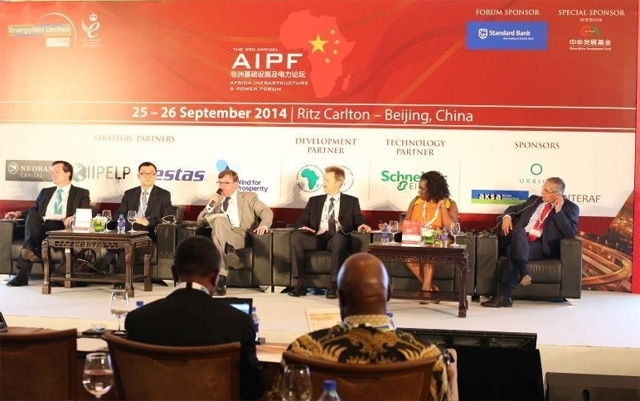 The continued strength of China-Africa trade is stimulating crucial upgrades to the continent’s infrastructure and power sectors and ushering in a new era of prosperity.

EnergyNet will host the 4th annual Africa Power and Infrastructure Forum at the Ritz Carlton Hotel from the 15th – 16th October 2015 in Beijing, bringing together credible Chinese investors with African power developers to explore opportunities for partnerships.

The meeting partners with China Africa Development Fund and the China Electricity Council, whose board consists of the heads of China’s most powerful energy companies, including China State Grid, Guodian Power and China Hydro.

The meeting will feature presentations on large scale infrastructure projects currently being developed in Africa in countries such as Ghana, Kenya and DRC, as well as updates on power sector reform.

Projects to be featured include:

The East to West Land Bridge -The LAPSSET Corridor
East African Standard Gauge Railway
Dry Port Development in Ghana
The Unbundling of a State Owned Utility- Liberia
Gas Investment Projects in South Africa
The East Africa Roads Programme
Grand Inga I and II Project in the Democratic Republic of Congo.
To find out more about this meeting:

Marc Mcilhone is ChineseBrains' Editor - sourcing news and features content and overseeing the work of the site’s contributors. Marc’s work is informed by his technical background in architecture having worked for some of the UK’s leading practices on projects within the education, healthcare and housing sectors. Marc has a particular interest in how innovators are creating sustainable solutions that have a positive impact on people’s everyday lives. Please email press releases and news to: editor@chinesebrains.com
Previous DHL Delivers Record-holding 1930s Racecar to Its Asian Debut
Next VisionChina Media Awarded Exclusive Bus Wi-Fi Concession Contracts in Chongqing City and Taiyuan City