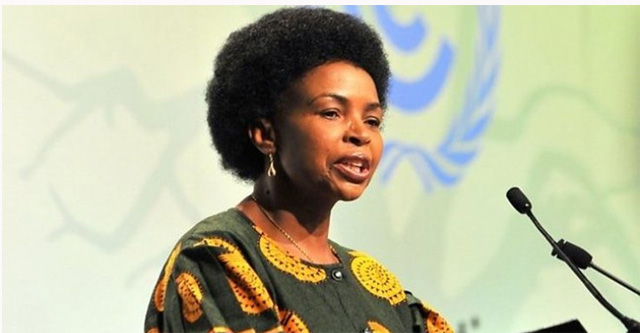 The Deputy Minister said this when she briefed the media on latest international developments that are part of Dirco’s work in the foreign affairs space.

“…As part of the build-up events to hosting FOCAC, today till September 11, Dirco is hosting the FOCAC Think Tank Forum.

“At a later date, a FOCAC Business Forum will be held for business to network, deepen and expand cooperation on trade and investment opportunities,” she said on Wednesday.

The Deputy Minister said preparations for the Summit would take place in consultation with the government of the People’s Republic of China, the African Union (AU) Commission in Addis Ababa, the African Group of Ambassadors based in Beijing and African countries throughout the continent.

“Since this is a multilateral forum, business, civil society, academic think tanks and other key role players will be invited,” she said.

The Deputy Minister said, meanwhile, that during the course of last month, South Africa also visited Bangladesh and Nepal as they are developing countries with common challenges to South Africa in relation to socio-economic challenges such as unemployment and poverty.

She said for these reasons, interactions with developing countries were enriching.

Deputy Minister Mfeketo said Bangladesh has been identified as a country with enormous potential for the expansion of trade and economic relations – with economic growth in the country projected at 6.4% for the current fiscal year.

“Bangladesh continues to partner with South Africa in multilateral organisations such as the United Nations and its agencies, the Commonwealth, Non-Alignment Movement – of which South Africa is the current chair – and the Indian Ocean Rim Association.”

She said the Nepal visit was focussed on sharing knowledge on nation building and reconciliation endeavours. As South Africa continues to be used as a model by several countries having achieved a successful transition from apartheid to democracy.

“Previously, a number of Ministerial Delegations from Nepal visited South Africa, mainly interested in drawing lessons from the way South Africa has dealt with its peaceful transition to a democracy system,” she said.

Marc Mcilhone is ChineseBrains' Editor - sourcing news and features content and overseeing the work of the site’s contributors. Marc’s work is informed by his technical background in architecture having worked for some of the UK’s leading practices on projects within the education, healthcare and housing sectors. Marc has a particular interest in how innovators are creating sustainable solutions that have a positive impact on people’s everyday lives. Please email press releases and news to: editor@chinesebrains.com
Previous China’s Evolving Media Landscape Provides Great Opportunities for Brands
Next The Milken Institute Launches Inaugural Best-Performing Cities China Report