Trina Solar Limited (NYSE: TSL) (“Trina Solar” or the “Company”), a global leader in photovoltaic (“PV”) modules, solutions and services, today announced that it closed the offering of 8,800,000 American Depositary Shares (the “ADSs”), each representing 50 ordinary shares of the Company, par value of US$0.00001 per share (the “ADS Offering”), at US$11.00 per ADS. Trina Solar received aggregate net proceeds of approximately US$92.9 million after deducting discounts and commissions but before offering expenses from the ADS Offering. Trina Solar has also granted the underwriters in the ADS Offering a 30-day option to purchase up to an additional 1,320,000 ADSs in connection with the ADS Offering to cover over-allotments.

The ADSs have been offered under the Company’s existing shelf registration statement which was filed with the Securities and Exchange Commission (the “SEC”) and automatically became effective on June 4, 2014. A prospectus supplement and the related base prospectus describing the terms of the ADS Offering were previously filed with the SEC. A copy of the prospectus supplement and the base prospectus relating to the ADS Offering may be obtained by contacting (i) Deutsche Bank Securities Inc., Attention: Prospectus Group, 60 Wall Street, New York, NY 10005-2836, by emailing prospectus.CPDG@db.com or by telephone at +1-800-503-4611, (ii) Barclays Capital Inc., c/o Broadridge Financial Solutions, 1155 Long Island Avenue, Edgewood, NY 11717, by emailing barclaysprospectus@broadridge.com or by telephone at +1-888-603-5847, (iii) J.P. Morgan Securities LLC, Attention: Broadridge Financial Solutions at 1155 Long Island Avenue, Edgewood, New York 11717, or by telephone at +1-866-803-9204 or (iv) Goldman Sachs & Co., 200 West Street, New York, NY 10282, attention: Prospectus Department, facsimile: +1-212-902-9316, by emailing prospectus-ny@ny.email.gs.com or by telephone at +1-866-471-2526.

Marc Mcilhone is ChineseBrains' Editor - sourcing news and features content and overseeing the work of the site’s contributors. Marc’s work is informed by his technical background in architecture having worked for some of the UK’s leading practices on projects within the education, healthcare and housing sectors. Marc has a particular interest in how innovators are creating sustainable solutions that have a positive impact on people’s everyday lives. Please email press releases and news to: editor@chinesebrains.com
Previous Promoting research: Chinese varsity, AIOU sign MoU in science and technology
Next Qihoo 360 Unveils 360 Browser Update with New Features 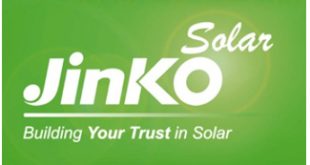 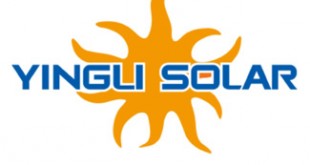 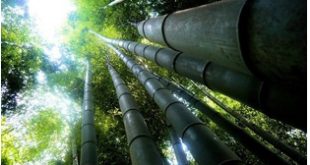