In 2013, the capacity of activated carbon across the globe outnumbered 2 million tons/a, as opposed to the demand approximating 1.3 million tons/a, which was an indicative of severe overcapacity. Thus, a grim situation to integrate or eliminate capacities is expected to linger in the future. On a global basis, activated carbon capacity largely concentrates in a few of countries or regions including the U.S., Japan, Western Europe and China. In particular, the capacities in the United States, Japan and Western Europe are dominated by a small number of industrial players, such as America-based Calgon Carbon Corporation with activated carbon capacity over 75,000 tons/a, and Cabot Norit with the capacity of 60,000 tons/a. Others included Japan-based Osaka Gas Chemicals Co., Ltd. which was promoted to the world’s third largest activated carbon producer through taking over Jacobi Carbons in October 2013. Also, Osaka Gas Chemicals has grown into the largest producer in cocoanut active charcoal market segment.

China boasts the world’s largest manufacturer of activated carbon, with the estimated capacity in 2013 approximating 700,000 tons. In the market segment, China is also regarded as the largest wooden activated carbon marker in the world, where there are numerous wooden activated carbon producers, but most of them are small-scaled enterprises with annual capacity between several hundreds of tons and thousands of tons. And few can realize the capacity breaking 10,000 tons. The production bases of wooden activated carbon are mostly founded in Fujian, Jiangxi, Zhejiang, Jiangsu and other regions with abundant forest resources, and the leading manufacturers cover Fujian Yuanli Active Carbon, Xinsen Carbon, and Zhixing Activated Carbon, the combined capacity of which claims 95,000 tons/a.

1. Overview of the Activated Carbon Industry

Marc Mcilhone is ChineseBrains' Editor - sourcing news and features content and overseeing the work of the site’s contributors. Marc’s work is informed by his technical background in architecture having worked for some of the UK’s leading practices on projects within the education, healthcare and housing sectors. Marc has a particular interest in how innovators are creating sustainable solutions that have a positive impact on people’s everyday lives. Please email press releases and news to: editor@chinesebrains.com
Previous Engage Mobility Embarks on China Product Launch Tour
Next China’s Vice Foreign Minister Zhang Ming Visits Madagascar 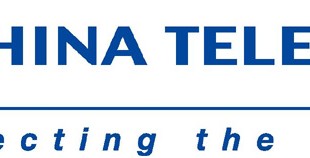